I left Mandie’s place around lunch time, and headed north to pick up Jason at the Gold Coast Airport. He was getting in late at 10:00pm and I really needed to hunker down and get some work done, so I got a hotel and spent the rest of the day finishing what I needed to before heading into the outback. Jason’s flight was on time, and I scooped him up from the tiny airport in the camper. We stayed up late catching up while walking the beach and around the little town.

In the morning we planned our first day out over coffee and eggs. There are some great national parks along the coastal mountains, so we headed for the Gibraltar mountain range. The drive was only about 4 hours and we got in with plenty of light left. We parked the car, ate a snack and set off on a 2 hour hike to an area where three streams converge in a canyon. It was going to be used as a hydro electric plant back around 1920, but never got developed. We clambered around on boulders in the stream before heading back to make dinner and a fire. We took some time to sort out the sleeping situation, and discovered that there is plenty of room for both of us. We slept quite well. 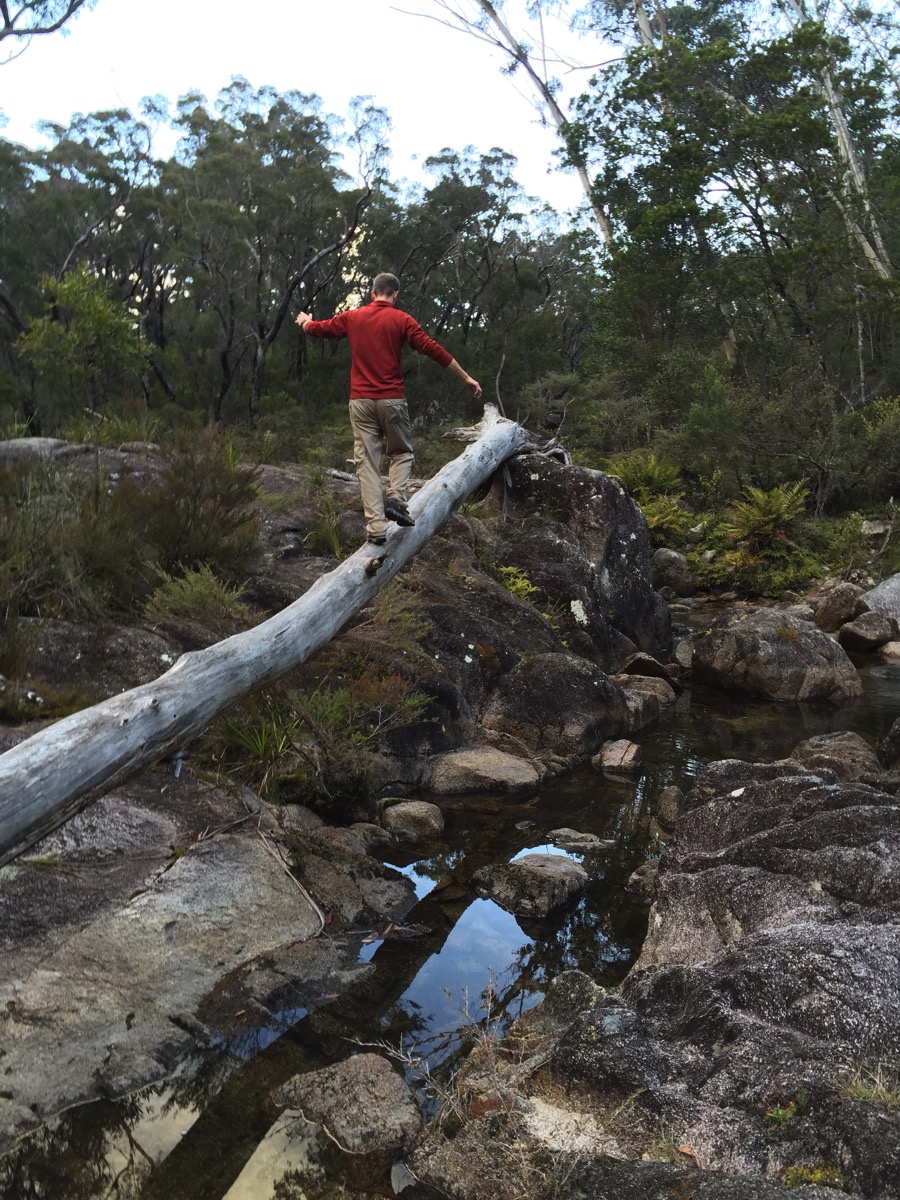