There are plenty of reasons to travel, both now, and when you have retired. I am of the mind set that I would rather see everything now, and here are just a few reasons why.

Many family insurance plans will still cover a child until they reach the age of 25. This may not seem like a big deal, but if you get seriously injured or contract a disease like malaria – which can have long lasting and often expensive effects , the benefits of established insurance coverage can be life saving. 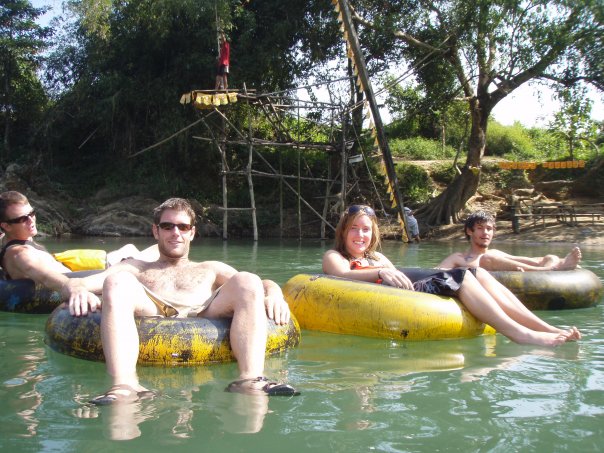 Make the most out of these years!On my trip to Asia I purchased traveler insurance separately for a six month period at a cost of about $260. It covered many things, one of them being hospital visits, which I had to make use of. Luckily, my injuries were limited to a sprain from rock climbing, and I have no long term problems. However, if I had gotten bitten by one of those narsty mossies, the travel insurance would not cover any problems that arose after the six months ended.

My parent’s family insurance will cover them. They also covered a portion of the various vaccinations that I got before I left.

Student discounts don’t stop when you graduate. They stop around the age of 25-26. Sometimes they are called youth discounts, but they all do the same thing – save you money. These discounts are on everything from youth hostels to train tickets and can often save you up to 15 percent. Companies like STA Travel and Hostelling International cater to the younger groups and have extensive lists of discounts that are available.

If you are just graduating from college or university, then you are probably accustomed to living in close quarters with various other forms of humanity. Travel throws you right back into those situations. If you have become accustomed to living in a multi-story house where you can walk around naked at night and howl at the moon, switching to a 4ft by 9ft cube with open ceilings and a friendly rat problem can be a drastic experience (you can still walk around naked at night and howl at the moon, you just won’t be alone while you are doing it.)
Often the best place to stay is in a dorm style room packed with bunk beds. You meet more people, and generally make some friends. Just remember to bring ear plugs and a sleep mask.

The older you get, the less likely that fall off of the hiking trail will only end up with twisted ankle. You can’t take your tennis ball footed walker to Everest. Unless you try very hard, your life will probably become more sedentary that it was in your teenage years and college, which means that some of the adventures you might have wanted to do will suddenly become difficult.

Many of the people I met while traveling were on a gap year. A gap year is a cool thing that many people from other countries do often. They leave for a year when they graduate. They get some perspective on the world, and then they come home (or not) and get a job.

They are generally around 22-25. This means that there are always plenty of people in your age group to go traveling with. I hung out with a guy who was 35 and he said that he felt very old to be traveling because he couldn’t really relate anymore. I also met some 40-year-olds who acted like they were 24, but I don’t want to be those people either.

Everything I own fits under a ping-pong table. I know, because that is where everything I own currently resides. I spent the last six months with everything I needed on my back.
Over time you accumulate stuff. It just builds up. The longer you live a professional life, the more tied down you become. Car payments, mortgages, credit card bills, phone bills, the monthly payments on that ring you got your significant other…

If you leave and travel early, none of this weighs you down. If you are serious about traveling, do it before you meet that once in a lifetime person, before you buy a house, before you have to do anything.

This one took me a while to realize, but when I did it changed everything. I have stopped seeing people as part of a hierarchal chain of command. I see every person as a human who is simply trying to survive and get a little fun out of life while they are at it. The guy behind the meat counter gets the same respect from me as the Senior VP in a $3,000 suit. Until I meet them, they are both just guys in a uniform.

I have found that this allows me to jump into meaningful conversation much faster, and that I can actually make friends with these people who I used to feel a boundary with. Crack a joke with the meat guy, and get him to use his 20 percent discount for you. (Which by the way, is awesome.) Crack a joke with the Senior VP, and get a job. (Which by the way, you don’t want.)