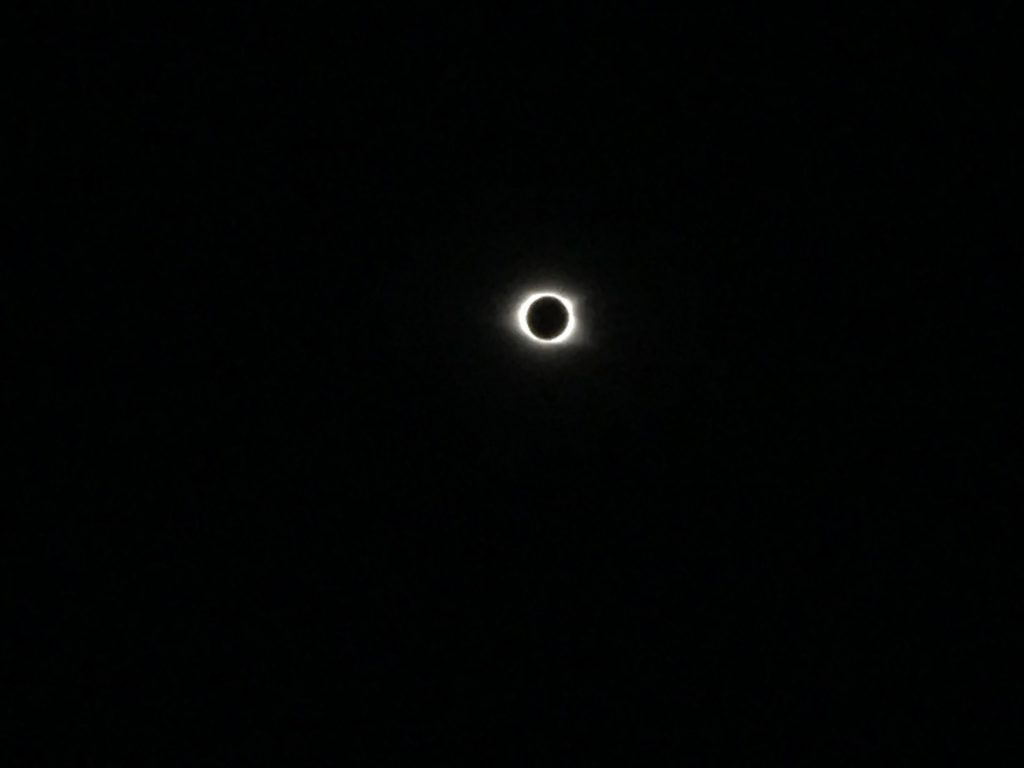 Taken by Matt Hanna, on an iPhone

The first solar eclipse Mandy and I saw was in October of 2014. That one was a partial eclipse, but nobody seemed to care. We grabbed glasses from the Lawrence Hall of Science, and joined crowds in the Berkeley hills to watch it happen. Shadows went wild, and it was a fun afternoon.

The first lunar eclipse I saw was in College in North Carolina. Since then I have seen a few and even observed one through my telescope, which was a lot of fun.

None of them compared to the totality of the 2017 eclipse. Mandy and I joined the great migration by flying to South Carolina to spend the week with my family in Hilton Head, with the plan to drive up an hour to Charleston to observe the totality.

On Monday morning, we loaded up into a rented minivan with my family and our 10-month-old niece, and headed out at 7:30am. It was getting cloudy, so four of us kept an eye on different live cloud maps, all trying to figure out the best spot to go. Citing the lake effect (clouds don’t form as consistently over water in summer months) we aimed for a lake in the middle of the state. Traffic was not as bad as we were expecting, and the drive in took around three hours. This put us in Lexington, SC a few hours before the main event.

The town was packed. It was in the “Path of Totality” and had been preparing. Cafes were giving out eclipse cookies (Oreos and MoonPies) and every law enforcement agent in the county was on duty. We scoped out a few sites, and ended up parking near the lake, and joining thousands of people on the shore as the moon started crossing the sun.

We watched while swimming, and Mandy saw totality start while in the water. The clouds completely dissipated in the 20 minutes before totality, and then it happened. The diamond ring exploded around the moon, and we had a clear view of the sun’s atmosphere streaming out. The crowd cheered, then became silent as our brains tried to cope with what we were seeing. Darkness had fallen instantly, stars were out, and the sun had turned into a ring of fire. Sunset was visible on all sides around the lake and the colors were beautiful.

The totality was only two minutes and 33 seconds long, but it seemed both far longer, and much shorter. I’m still trying to parse out how it affected me, but I felt minuscule on the cosmic scale and part of something massive for humanity. Estimates say that 200 million people watched the eclipse in the US on Monday. On that field thousands of us were struck with awe at the same moment, and shared a powerful experience.

On the way to the eclipse, people had trickled in over the weekend in small, but constant streams. Once it was over, it was like a pulse bomb was set off in the road infrastructure. Look at the traffic patterns below that follow the eclipse trajectory – some of those red and orange lines stretch for hundreds of miles. 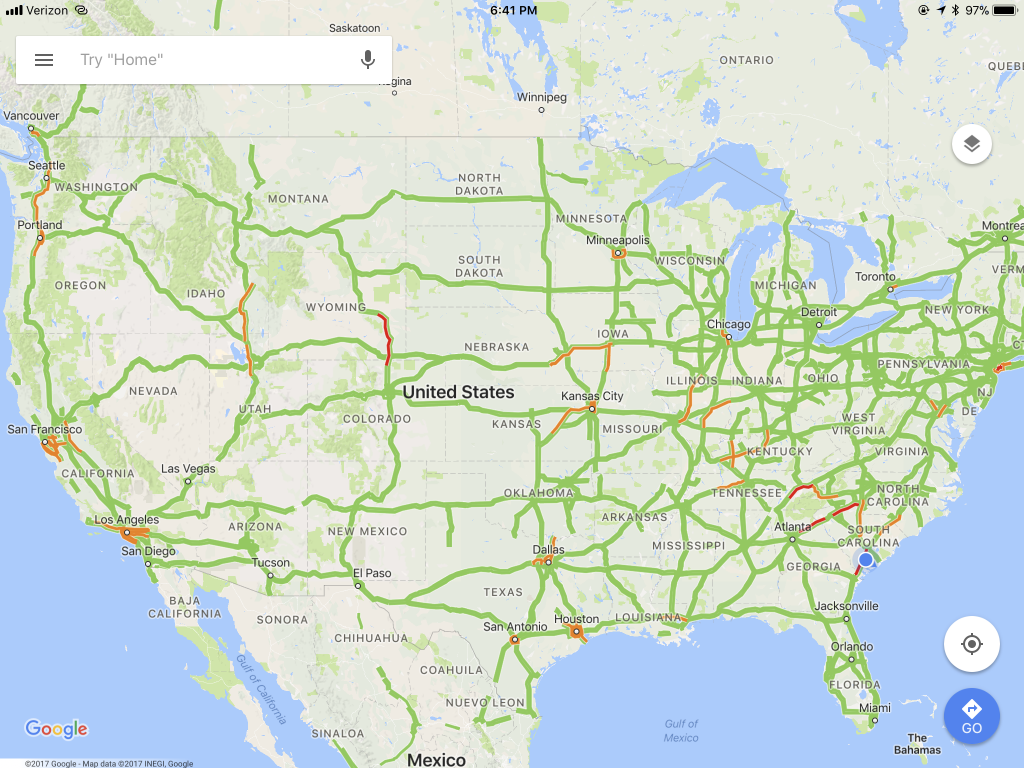 Traffic heading back to the island took six hours. I-95 was slammed with everyone who came up from Florida. When we got back, my brother Matt looked up the effect the eclipse had on solar output in California. Interesting curves here: 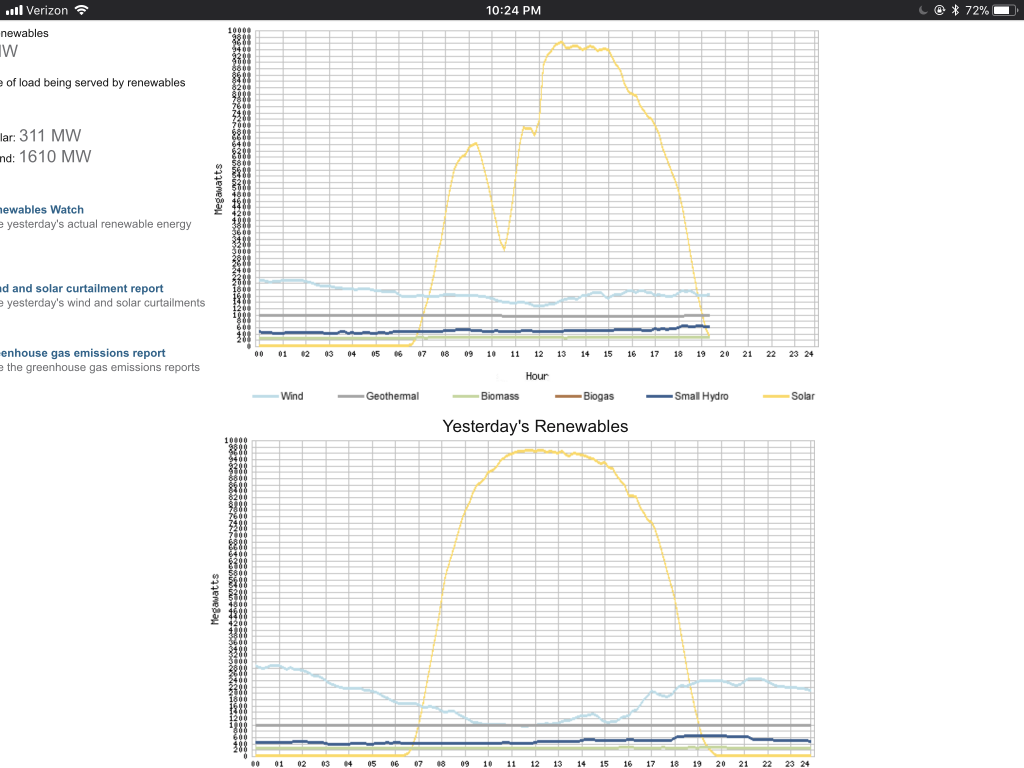 Also, people on the path cared much more about the eclipse than those who were far away as Google search trends shows below: 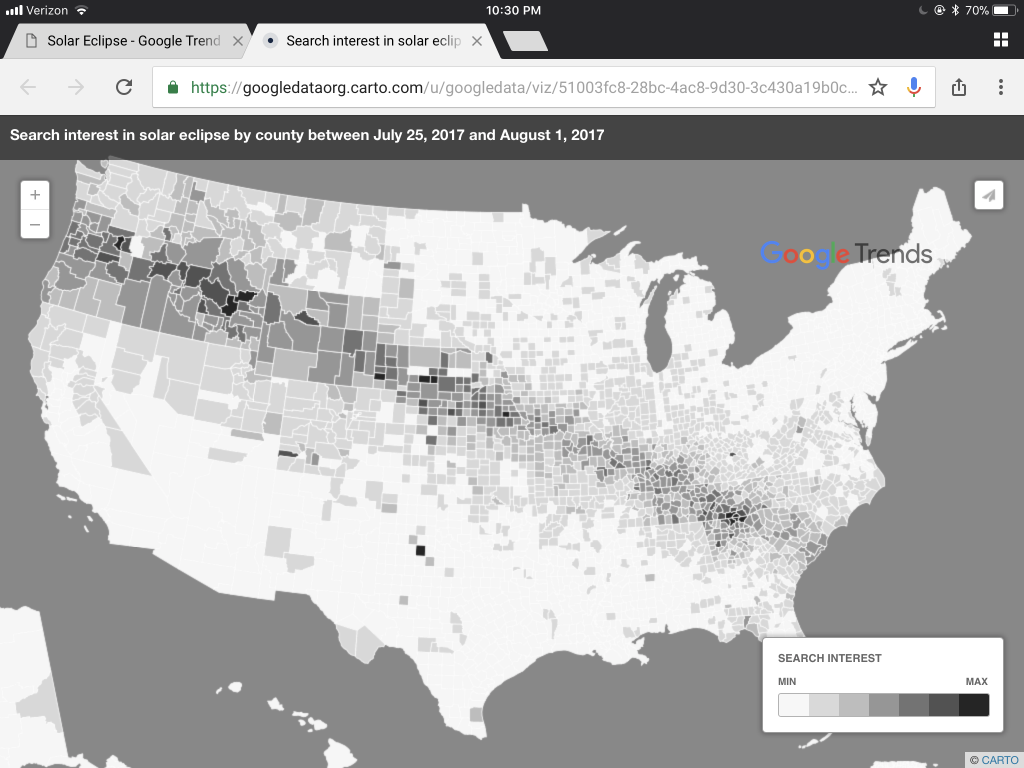 A few times a year my lower eyelid starts to twitch. It is annoying, but not painful in any way....